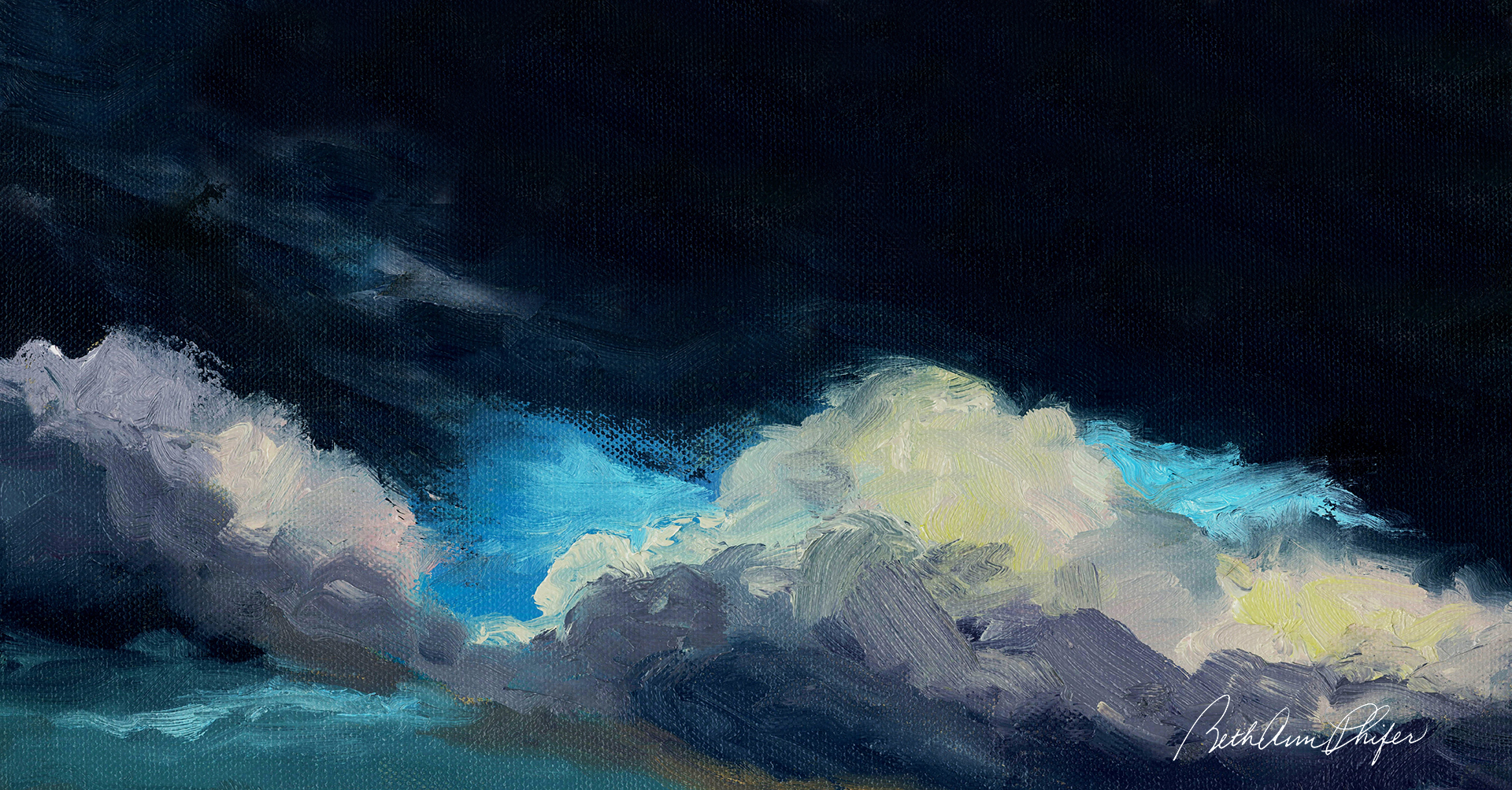 The unfathomably huge, unseen battle in the heavens 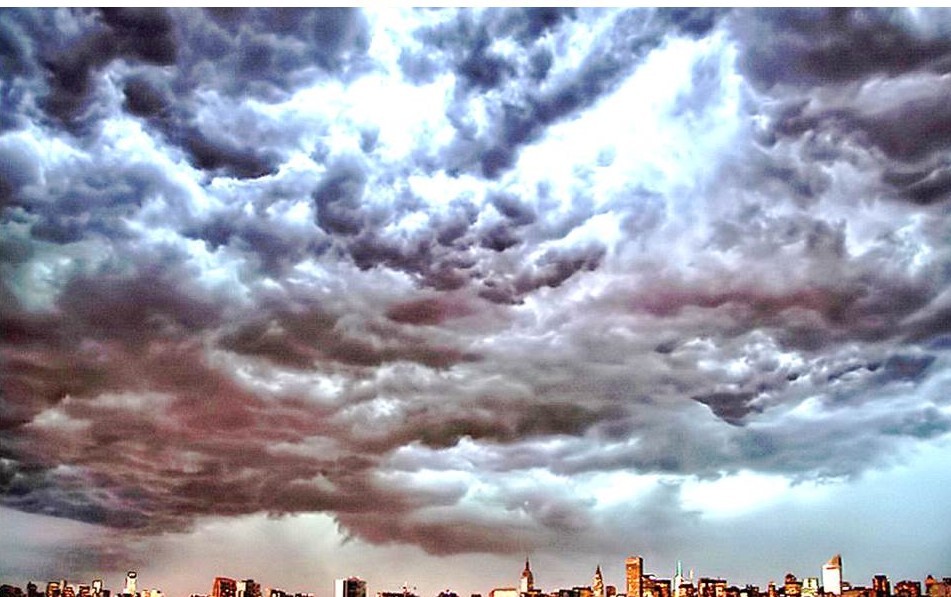 In the book of Daniel, we see an ongoing battle between the kings of the north and south with the rise and fall of power and a focus on destroying God’s holy ones and their land. We see the Abomination of Desolation. The Hebrew words for this phrase speak of the disgusting, filthy, idolatrous, detestable evil that stuns, desecrates, and destroys what is pure and holy. The grotesque evil lures away others along with it with smooth words (Daniel 11:32). The battle in Daniel is not unlike ours today with the deceitful words, censorship, and propaganda that surrounds us.

The rise and fall of ugly creatures and earthly rulers in the dreams and visions of Daniel, as well as the imagery found in the book of Revelation, may not be understandable to us, but the images do make us keenly aware of the reality of this persistent spiritual battle. Because Almighty God is the enemy’s target, we enter this battle when we receive His Son, Jesus Christ. Previously, we were slaves of the dark forces, but in Him, we are His protected children.

God’s love – everything we need
In Chapter 9, Daniel enters a time of prayer and fasting of repentance for God’s people. Just as Daniel began to pray, he writes, “Gabriel swooped down on me in full flight.” (CJB) Other versions say the angel Gabriel came. The Hebrew nâga‘ means to reach and touch. God saw Daniel’s heart and commanded Gabriel to immediately reach down and touch him! Why? Because Daniel was greatly loved by God.

Gabriel said to Daniel, “At the beginning of your supplications, the command was issued, and I have come to tell you for you are highly esteemed, so give heed to the message…” (Daniel 9:23) The Hebrew word for highly esteemed is hāmad meaning desirable, one who delights, precious, highly valued, esteemed. Daniel was highly desired by God. God was moved by his prayer. Beloved, our prayers move God. He will swoop to our cry. He is eagerly listening and acting on our behalf in His perfect time.

The book of Hebrews says God “makes His angels winds and his ministers a flame of fire.” (1:7) He calls His angels “ministering spirits sent out to render service for the sake of those who will inherit salvation.” (1:14) Angels are sent by God for us because He loves us. “There is no one like the God of Israel Who rides in the heavens to your help and through the skies in the splendor of His excellency. The eternal God is your refuge and underneath are the everlasting arms.” (Deuteronomy 26-28)

In other words, as His children, we have the authority and power over these dark principalities, so we arise and assemble ourselves to partake of the victory. We have been born into this authority.

Daniel stood in this authority. In Daniel 10, Daniel entered another time of prayer and fasting, this time for three weeks. We do not know why. He may have entered his fast on behalf of God’s people in Jerusalem who were under great opposition as they rebuilt the Temple in Jerusalem according to Cyrus’ decree in 538 BC. We might conclude this from the book of Ezra. Or, Daniel may have had an impression in the Spirit of this opposition, one that took his appetite away and led him into deep prayer.

Either way, we can be sure that Cyrus’ decree caused the ugly bestial enemy to flail his serpent tail in anger and come against the work of God’s people in full force. Did Daniel’s prayer push back the enemy who was taunting Jerusalem?  Quite likely.

Whatever our battle – with national tension, personal relationships, accusing thoughts within and without – we have been born again into our God-given right to take authority over the enemy!

Colossians 2:15    “When He [Jesus] disarmed the rulers and authorities, He made a public display of them having triumphed over them through the cross.”

Our struggle is against rulers, powers, world forces of darkness, and spiritual forces of wickedness in the heavenly places.

BUT on the cross Jesus disarmed them all, made a public display of them all, and triumphed over them all.

In the book of Daniel, we see the foreshadows and the reality of Jesus’ sacrifice that triumphed over darkness. Daniel’s three-week prayer against this darkness was in the first month of the year, so he would have been observing Passover during his fast. In His observance of Passover, he would have been remembering the shed blood on the door posts and lintels that caused the Lord to pass over judgment on them before their exodus out of Egypt.

This is amazing! – While Daniel was remembering the mercy of the blood in the past and pleading for mercy for God’s people right then, he lifted up his eyes as he stood on the bank of the Tigris River and saw Jesus, the One whose death would be the sacrifice for all people for all time! How kind that God gave Daniel a glimpse into heaven right where the war was to see Messiah Yeshua, the Victor, the Lamb of God!

The Apostle John had similar visions in Revelation. See the similarities! Read the visions over and over and take courage! He is on the throne!

Know God
To arise and partake of the victory, we need to know God.
“The people who know their God will display strength and take action, and those who have insight (revelation from God) among the people will give understanding to the many…” (Daniel 11:32-33b).
We know God when we:

Revere Him
“The secret of the Lord is for those who fear Him, and He will make them know His covenant.” (Psalm 25:14) God shares His secrets as we linger with Him. Daniel consecrated himself, and the Lord revealed insight into the unseen realm.

Respect His Word
We must trust His Word even when we do not understand it. While exiled on the island of Patmos, the Apostle John wrote, “Blessed is he who reads and those who hear the words of the prophecy and heed the things which are written in it for the time in near.” (Revelation 1:3)
We read the books of Revelation and Daniel, not because we understand them completely, but because they are God’s words, and He promises a blessing. What we do not understand now, may become our lifeline someday as God brings understanding at the right time.

Persist in Prayer
Daniel consistently persisted in prayer even in the face of great persecution. In Daniel 9, the angel came to him immediately. In Daniel 10, the Lord heard him immediately, but sent the answer three weeks later. The angel said to Daniel, “Do not be afraid Daniel, for from the first day that you set your heart on understanding and humbling yourself before God, your words were heard, and I have come in response to your words. But the dark prince of the kingdom of Persian resisted me for 21 days, until Michael came to help me.” (Daniel 10:12-13) Daniel could not see the events in heaven. There was a purpose for Daniel in the wait, just as Jesus delayed coming to see Lazarus for four days and arrived after his death. Jesus came in God’s perfect time for God’s purpose.

Guard your Heart
How could Daniel have been so patient in prayer and consistent in faith through his long life of persecution in the pagan Persian land of exile? Because he learned to guard his heart.

Daniel would have been familiar with Deuteronomy 16:1 – “Observe the month of Aviv (Nisan the 1st month) and celebrate the Passover to the Lord your God for in this month the Lord your God brought you out of Egypt by night.”

The word observe is the Hebrew shamar meaning guard, protect, watch over, preserve. From a child, Daniel was taught to guard the Passover and observe God’s other Appointed Days. On these days, he remembered God’s deliverance in times past and expected God’s deliverance in the future. Daniel’s trust in God guarded his heart, and he was delivered from assimilation into the surrounding culture.

We guard our hearts by abiding in Jesus each day and by observing quiet time in His Word, remembering His deliverance and where we came from.

Exercise Faith
Faith is taking action on God’s Word and trusting Him, because we cannot see the big picture.
By faith we stand in God’s strength against the schemes of the enemy by putting on the full armor of God and using our sword, God’s Word. (Ephesians 6:10-18)
By faith, we speak God’s truth in the authority He has given to us as His children.
By faith we resist the enemy in Jesus’ resurrection power. When Jesus cried out on the cross, “It is finished,” the enemy was forever defeated. One word from God’s word will fell him.
By faith we destroy all arguments that raise themselves against the knowledge of God, and we take every thought captive to Jesus the Messiah. (2 Corinthians 10:5)

Summary
I recently heard a military man speak about a soldier’s stance. The instructions – Observe. Breathe. Note what you see. Keep your head up. Never bow. Always step up. Push into the fight. Stay together. Hold the line. Remain steady in your love for God and in prayer.

The battle is real. God’s victory is sure. His love is everything we need. Since the battle belongs to the Lord (2 Chronicles 10:15), let us press in to know Him by revering Him, respecting His Word, persisting in prayer, guarding our hearts, exercise faith in His promises, and living in humility.

Psalm 94:17-23
If the Lord had not been my help, my soul would soon have dwelt in the abode of silence.
If I should say, “My foot has slipped,” Your lovingkindness, O Lord, will hold me up.
When my anxious thoughts multiply within me, Your consolations delight my soul.
Can a throne of destruction be allied with You, One that devises mischief by decree?
They band themselves together against the life of the righteous and condemn the innocent to death. But the Lord has been my stronghold, and my God the rock of my refuge. He has brought back their wickedness upon them and will destroy them in their evil; The Lord our God will destroy them.

Shale Fragments™ - devotionals by Beth Ann Phifer is a division of Flower Girl Greetings, LLC. ©2020, All Rights Reserved.
Blessings and love in Him,
Beth Ann

Prayer - The Work of the Kingdom

No comments made yet. Be the first to submit a comment

Welcome to Shale Fragments, a collection of writings and art for individual and group use!

Teaching God’s truth and the beauty of His Word is my greatest delight! My art card company, Flower Girl Greetings, was launched in 2012 with this purpose. In April 2020, ShaleFragments.com became the gathering place for the writings.

As I have studied the rich meanings of the original Greek and Hebrew languages of the Bible, I continue to see beautiful progressions and connections that compel me to organize and convey their life-changing beauty!